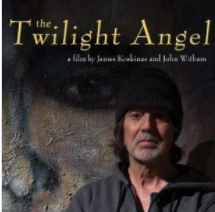 There is a universal appeal of a portrait that’s not a perfect being but that is the very beauty of life. We don’t have to be perfect.

It’s rare that an invitation from out of blue touches you so profoundly. But this is what artists do. And we as seekers are looking for an existential translation of our being.

We are born innately with optimism. Somehow the whimsical, ethereal and alchemy of the true human spirit has always propelled us to create, observe and share. All the alchemy that isn’t measured or seen until an artist translates it’s beauty and meaning.

As humans we have greater capacities than we realize. The human mind is so very deep. It has a mind of its own. The artist has a mind of their own. An artist is summoned to live, create and express through their personal translations, experiences, inspirations and of course challenges. A painting is truly a work of art. There are unique artists who appeal more to the masses. A totality of feeling, emotion and even chaos, we are drawn to imitate and remember life. Life itself, has all these occurring themes in our minds and some people desperately have a need to translate them into a work of art.

Some artist choose to remain quiet and isolated. The isolation is an absolute environment in order to express. All experiences of artists and authors are isolated. A painter, a writer, a sculptor, a poet, a philosopher are all translations of life and need the solitude to be able to create.

Art will never die as long as humans continue to live. Art is historical and yet it remains predominantly in the present. It never loses its power, allure, meaning…and value. ~  Natalie 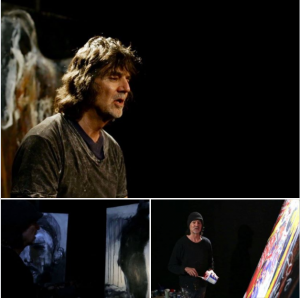 The Twilight Angel Brief Synopsis:
A talented, successful artist is painting a powerful series of twelve angels for an exhibit that will be a culmination of his life’s work. Attempting to paint the last painting he finds that he cannot and goes into depression and a deepening creative void. In this crisis he becomes locked in a confrontation with the last canvas, his ‘twilight angel.’ However, his paintings and the painting process provide a path out of the darkness . The paintings become proxies for characters and events in his life, forcing him to search for missing parts of himself, lost in war and family conflict.
The artist’s inner world fights its way to the light of day.
James Koskinas  Bio

James Koskinas is a painter, writer, actor and  co-creator of the film, “The Twilight Angel,” as well as a play, “Even if The Mountains Burn.”  He attended the College of Arts and Crafts, in Oakland, California and has more recently studied with artists with Bob Winston, Robert Burridge, and Dean Howell.

The figure is James’ primary theme, part of his quest to know the human condition.  He attempts to paint as automatically as possible which is intended to bring forth elements of his unconscious. He adds layers of paint until the original painting has been covered over many times, working at a rapid pace.  He usually has more than one painting going at the same time.  Influenced by Native American mythology, Koskinas sees the role of the artist as akin to that of a shaman, trusting his instincts and freeing the figure from the customary restraints that painting imposes.

A chance meeting with a lost stallion on a Arizona highway set in motion Koskinas’s lifetime obsession with painting horses.  Lately he has added a rider to his horses.  The riders have become self-portraits and a search for unity between the horse and man.